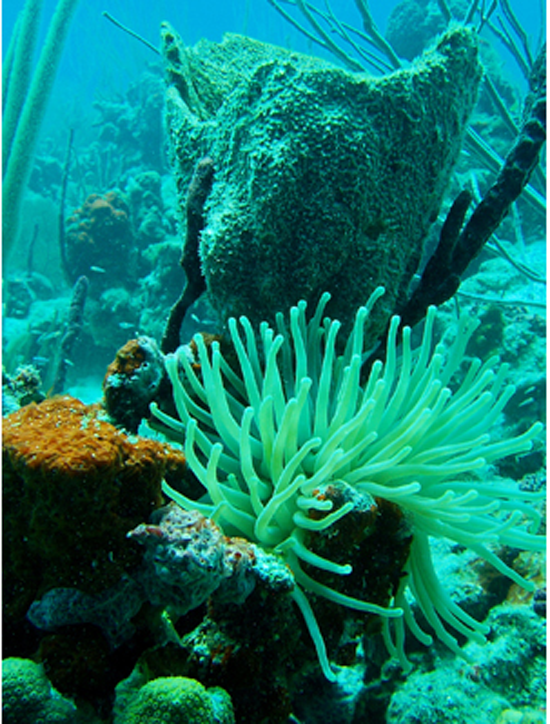 In April of this year, I was honored to receive a Pollock-Krasner Foundation Grant. I knew exactly what I wanted to do with a portion of the award. During the spring of 2014, I was listening to KQED radio and heard an interview with Dr. Roger Linington, a chemistry professor from UC Santa Cruz. He was discussing his research about micro-organisms collected during ocean dives. Roger and his colleagues would bring specimens back to the lab after they were placed in Petri dishes that had been treated with various cells – cancer, malaria, AIDS, etc. They would culture these to see if there was a positive reaction and if so, they would be tested further. 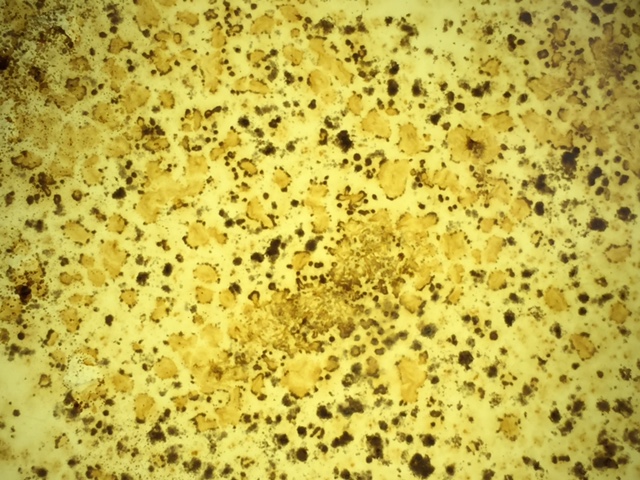 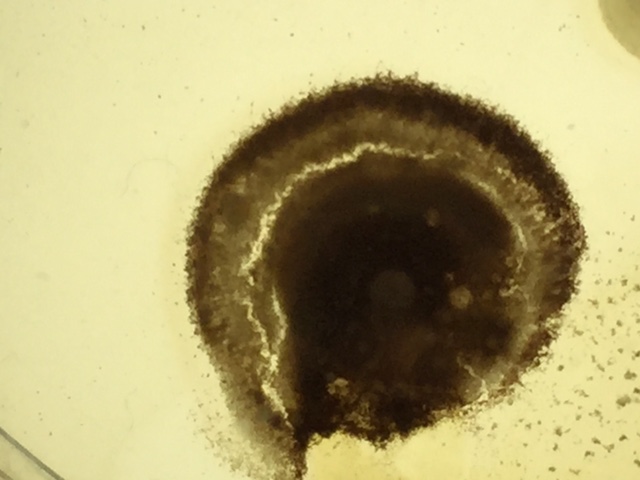 The seas contain an uncounted number of species of plants and animals. These creatures provide a vast storehouse of chemical compounds unknown on land. An ocean commission report lists chemicals and biological materials from marine organisms now in use or development, including 10 anti-cancer drugs, drugs to fight inflammation, fungus, tuberculosis, HIV, malaria and dengue. 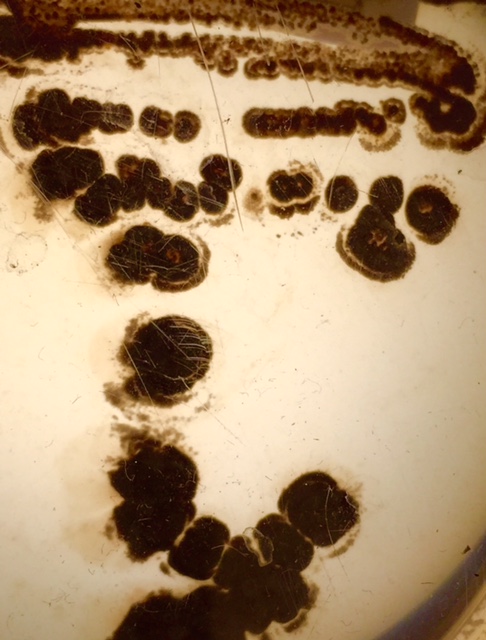 A number of marine creatures have been used successfully in medical research and testing. 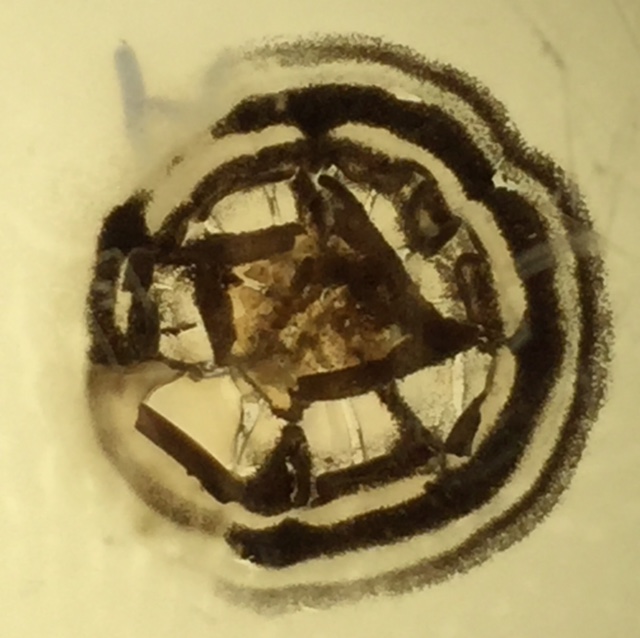 A Caribbean sponge has been discovered to generate compounds used in AZT (zidovudine, Retrovir), which is used to fight the AIDS virus. Caribbean gorgonian (a soft coral) produces a group of compounds with anti-inflammatory properties, which are also included in an anti-wrinkle cream. A tentacled aquatic organism, called bryozoan Bugula neritina, yields a compound being tested as a cancer drug. Skates (a flat fish shaped like a kite) have provided clues used in treating vision loss. Corals and mollusks are used to make orthopedic and cosmetic surgical implants. Horseshoe crabs are commonly used to test for bacterial contamination. Microalgae are used in vitamins and other nutritional supplements. Bone grafts from coral skeletons, pain relievers from sea snail venom, and infection-fighting agents from shark skin are all under study. 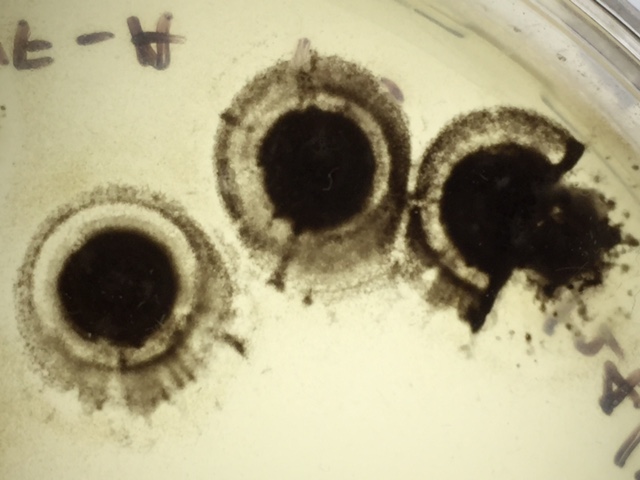 The list is plentiful even though 95 percent of the ocean has yet to be explored. Exotic, hard-to-reach places, such as deep-sea hot vents and seabed sediments, have barely been documented. However, as advances in ocean exploration and underwater technology open new depths to scientists, the ocean’s potential as a biochemical resource has become more apparent. 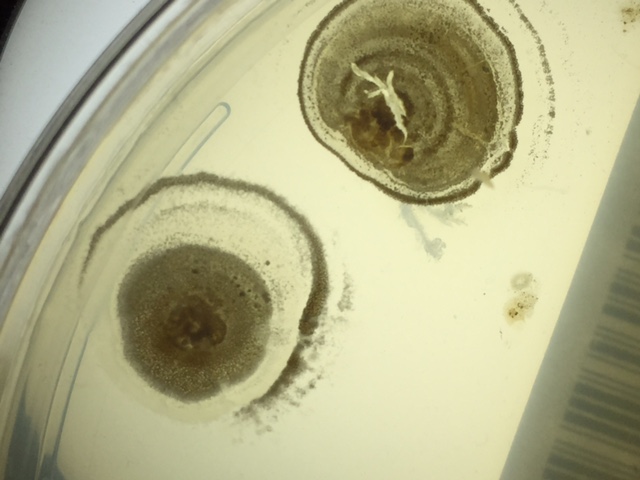 To uncover medical mysteries of the deep, NOAA has partnered with “bioprospecting” scientists to find marine organisms with chemical compounds capable of treating human diseases. With NOAA Ship Okeanos Explorer, America’s Ship for Ocean Exploration, experts ashore are connected live to the ship as it maps the ocean and collects ocean specimens, some with potential medical and economic benefits.

With an increasing number of specimens collected from a variety of ocean projects, scientists may find that the ocean could become the biological focus for discovering 21st century medicines.

In the future, marine ecosystems could represent an increasingly important source of medical treatments, nutritional supplements, pesticides, cosmetics, and other commercial products. Drugs from the ocean are without question one of the most promising new directions of marine science. 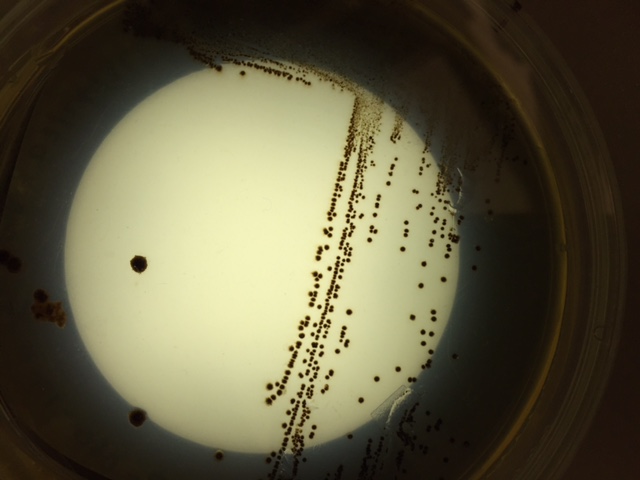 While my installation project has yet to reveal itself completely, there will be two and three dimensional components, all inspired by these beautiful images of micro-organisms from the sea.

Detail from (r)evolution 28, 2014, encaustic, graphite, oil and collage on panel, 48×40
Please check back for visual updates on this project!