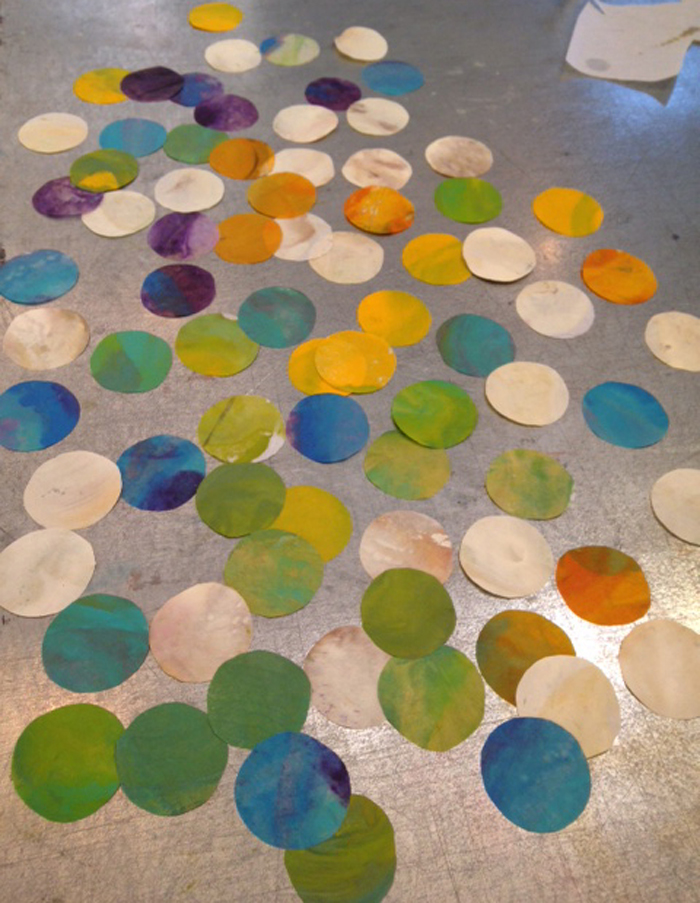 Last October, I was invited to be the 2014 Visual Artist for the Music at Menlo Chamber Music Festival and Institute, a three week event occurring this summer in Atherton, California. It’s is a very exciting time for me, given that music and art are two of the most important things in my life. The founding directors of Music at Menlo, David Finckel and Wu Han, also members of the Emerson String Quartet, chose my Revolution series (2005-2008) to represent this year’s promotional materials and to be exhibited during the event.  After experimenting with different ideas, I decided to revisit this series to see what creative possibilities still exist. It is still in the early stages, but four paintings have been completed and three more are underway. 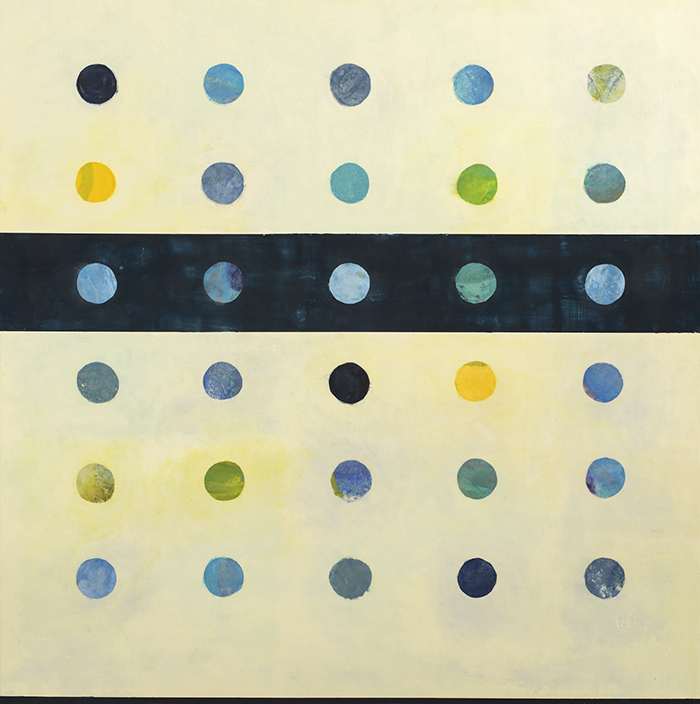 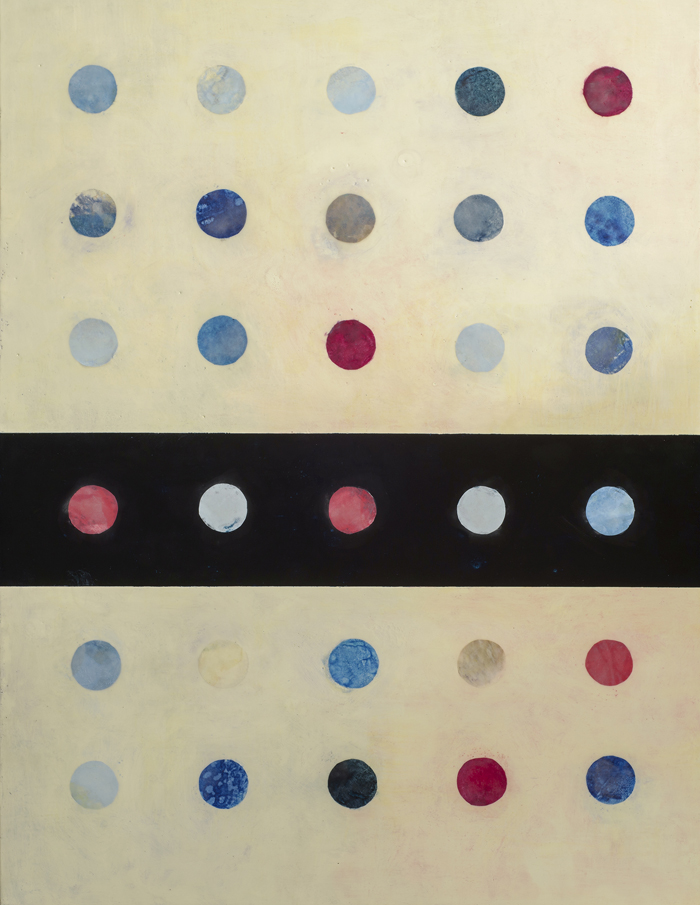 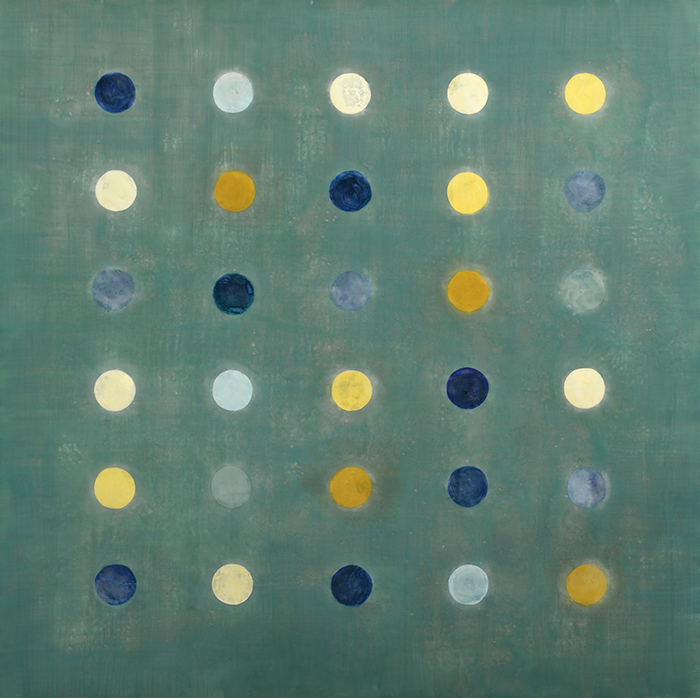 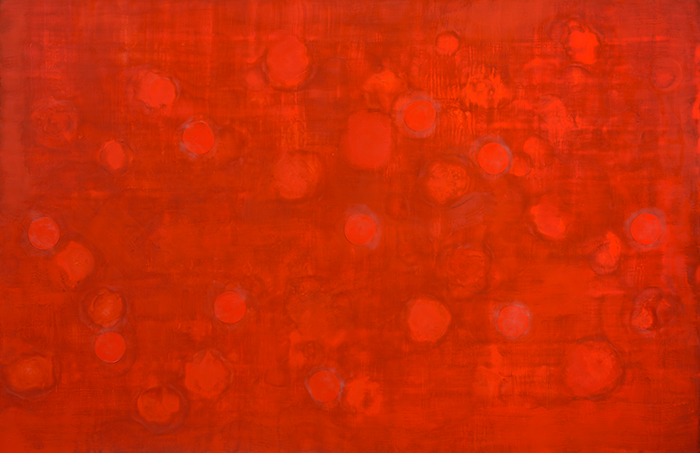 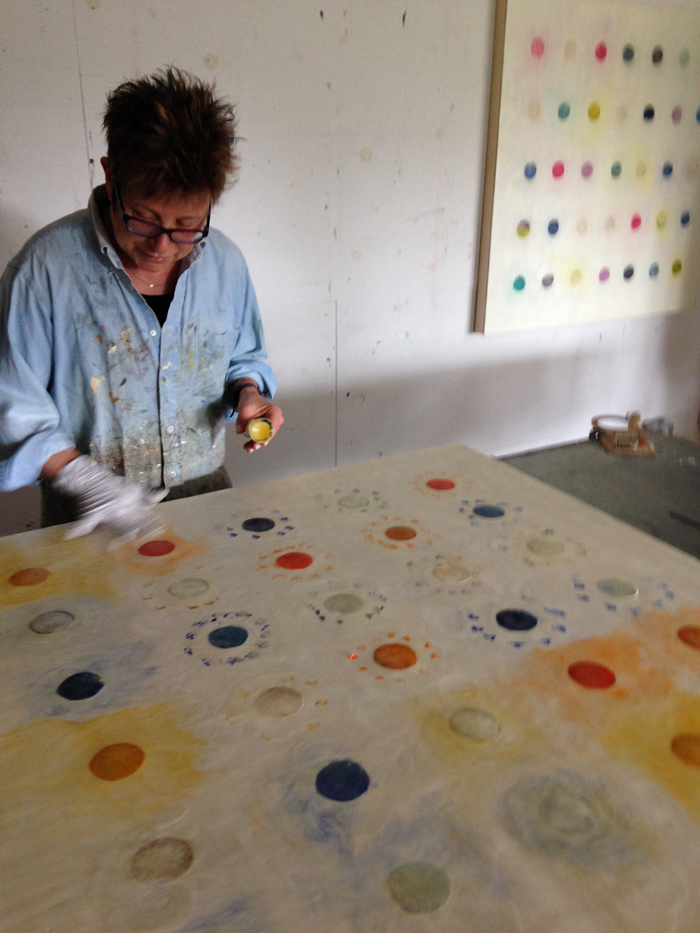 Artist Statement: When printmaking and painting, I work in series by creating an initial motif and then exploring permutations of the theme using color, pattern, line and shape. Influenced and inspired by my study of music theory, I am drawn to the intersections of music, art and math. My process includes repeating patterns, using mathematical calculations and developing serial systems based on geometric structures such as the grid. Each series I create has a natural evolution and connection to the next resulting in a synthesis of intention and chance.  I work with a variety of media choosing the materials that communicate my ideas best; my recent pieces are created using encaustic, oil, acrylic, graphite, ink and collaged prints.