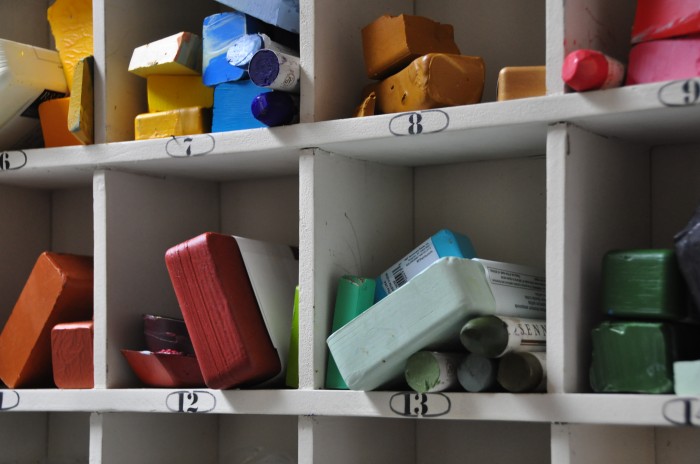 I typically work on a continuum with organic images at one end and geometric shapes at the other. Sometimes I create work that is serialized, based on the repetition of shapes and measurement of the intervals between them. At other times, I improvise along the line of indeterminacy-composer John Cage’s principle of random, unfixed occurrences.

I began working on the series (r)evolution in December 2013, after I was invited to serve as the 2014 Visual Artist for the Music at Menlo Chamber Music Festival and Institute in Atherton, California. Images from my older series, Revolution, were selected to appear on the cover of the concert booklet, the preview flyer and a poster; and an invitation was extended for an exhibition. Intrigued, yet feeling somewhat stymied by the directors’ choice of my older series, I began to consider different possibilities involving the circular images that appear in Revolution.

Five paintings later (see images in the previous blog), I felt the need to shake up and loosen my approach. I turned to my hot box and began moving around hot pigmented wax in a delightfully freeing, satisfying way. The results of this experiment proved to be somewhat unpredictable-exactly what I was craving! I discovered I had created two bodies of work: one serialized, using repetitive shapes and rhythms; the other, indeterminate using organic and gestural forms loosely based on circular shapes. Next, I wanted to integrate the two bodies of work. Even though the shapes were more amorphous, I knew it would be possible to weave the circular shapes into this new framework. 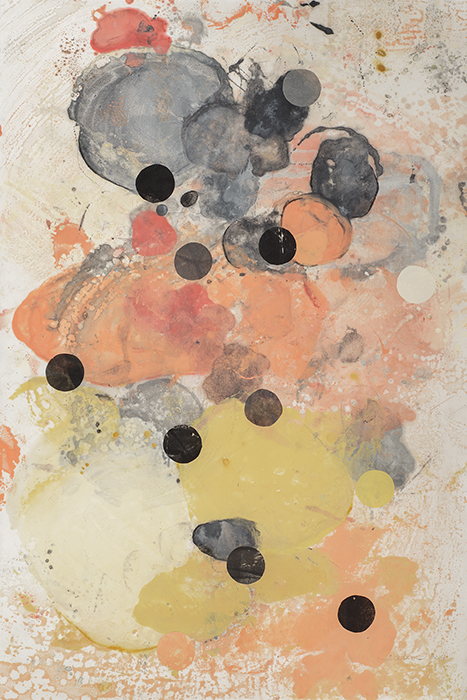 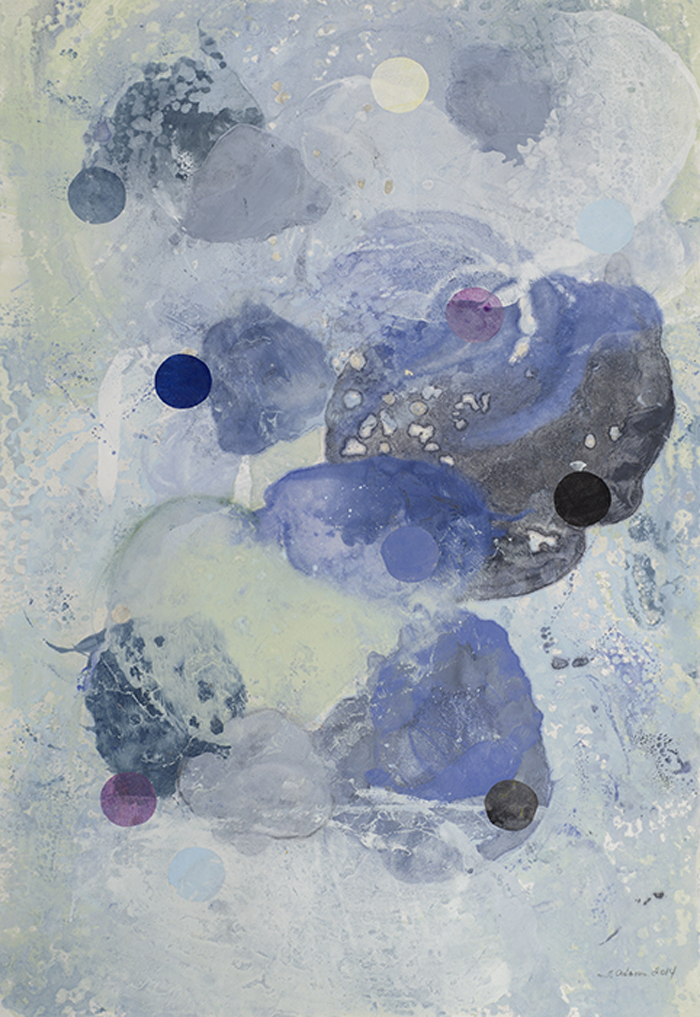 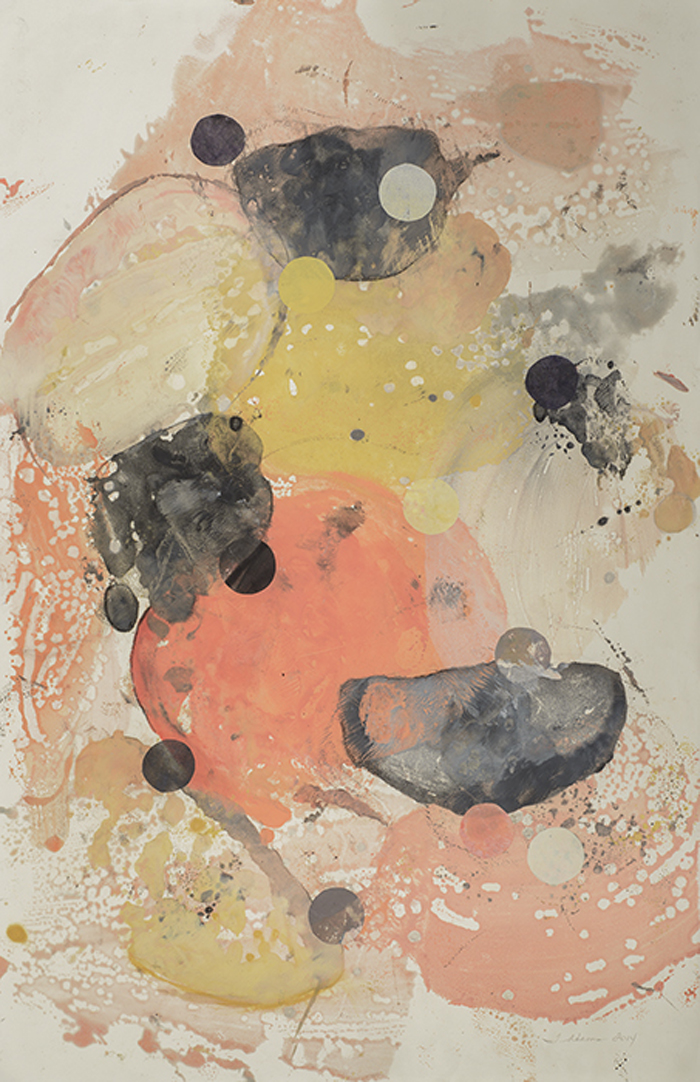 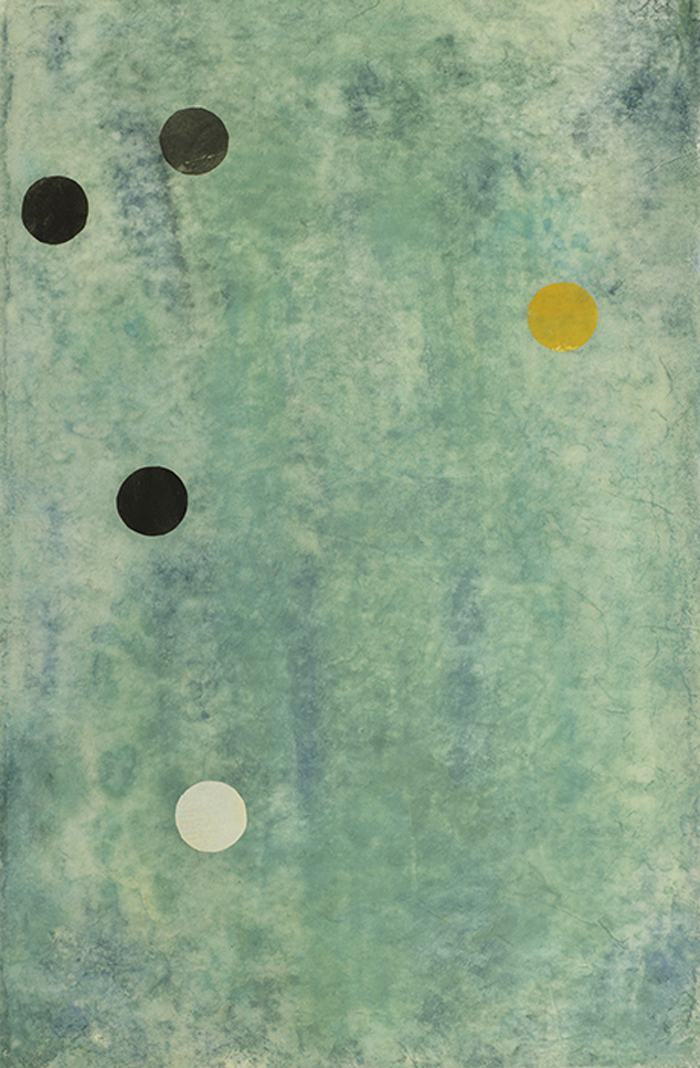 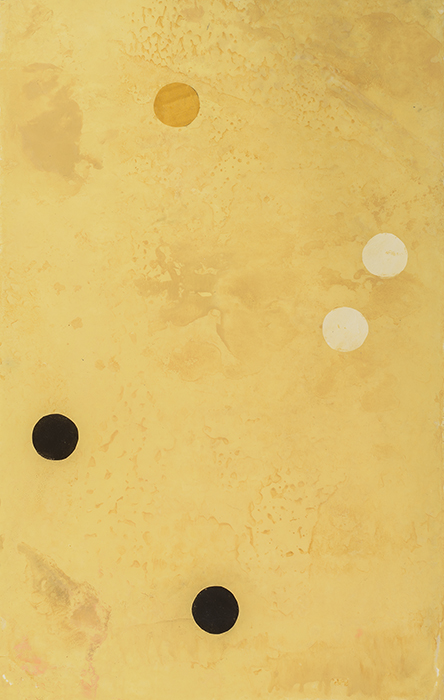 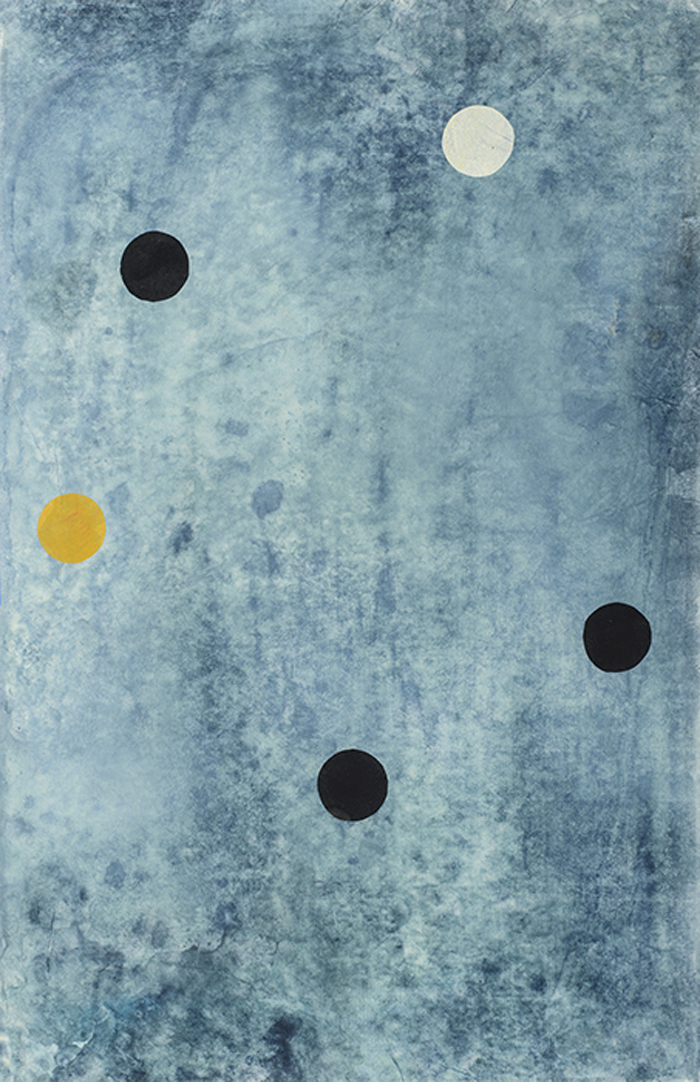 As in my previous work, these pieces are built on a grid. Sometimes my grids are explicit, while at other times they are implicit. My current work uses circles on a random and less obvious grid, creating an ambiguity between figure and ground. These are my first attempts at experimenting with possible outcomes from integrating the serial and indeterminate, and geometric with organic.