GEOFORM: The Many Sides of Geometry

Geoform (www.geoform.net) is an online scholarly resource and curatorial project, founded by Julie Karabenick almost 10 years ago. Its focus is on the use of geometric form and structure in contemporary abstract art. Artists included in this project number 260 and are from approximately 25 different countries. It is a monumental and amazing collection of some of the finest geometric art around.

The scope of work included in Geoform includes works on paper, works on canvas and panel, and sculpture utilizing traditional media to repurposed and recycled materials. These artists are inspired by nature, spirituality, music, poetry, mathematics as well as formal aspects of art like color and shape. The variety of formal structures used to organize these extraordinary works includes grids, optical illusions and universally recognized shapes like circles, dots, squares, rectangles, triangles and bands of color. Some work is reductive and minimal, other patterned and repetitive.

It was very difficult to limit my choice of work to only 20 artists, my self-imposed number, but I wanted to introduce the work of some unfamiliar artists as well as groundbreakers in the field of geometric art.  My sincere apologies to all the wonderful work of colleagues whose work was not included. 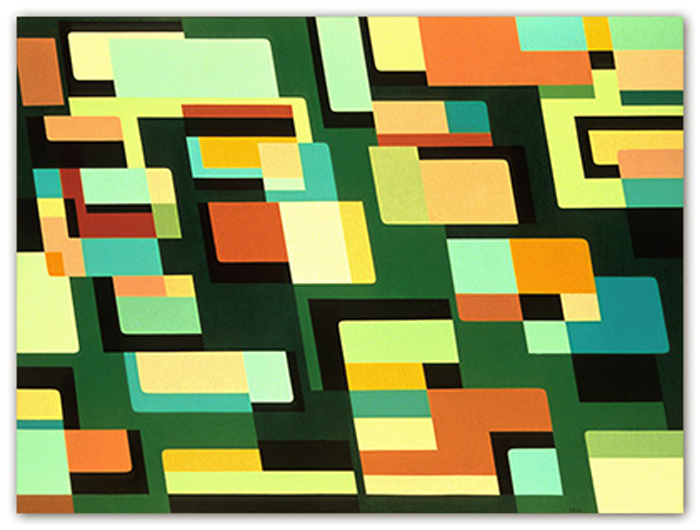 “Color in the hands of a painter resists verbal definition because it has nothing to do with words, nor with theories nor with physics of light. Color is the subject matter of painting.” 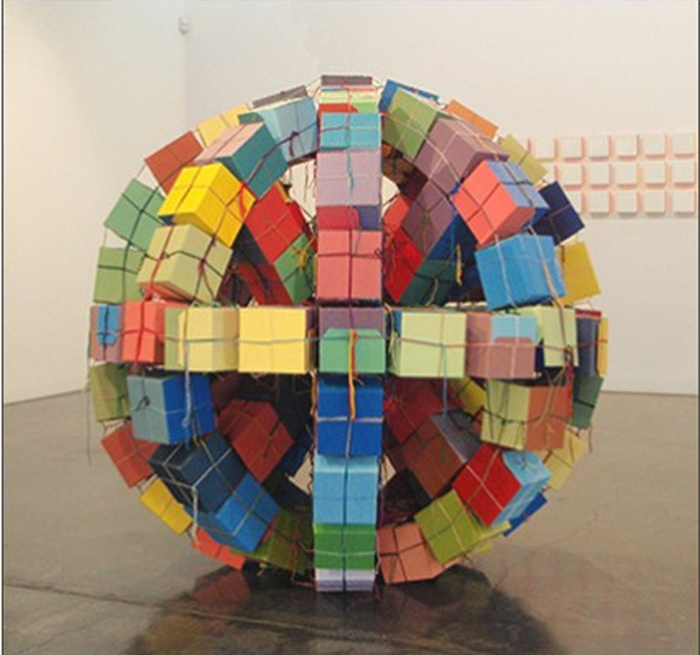 Kate Mackay, Large Round Cube, acrylic on cardboard with yarn, 2011

“The work has become progressively concerned with process and random difference within uniformity. Series of works are created by repeated combinations of simple elements concentrating on the repetition of blocks, squares and circles.” 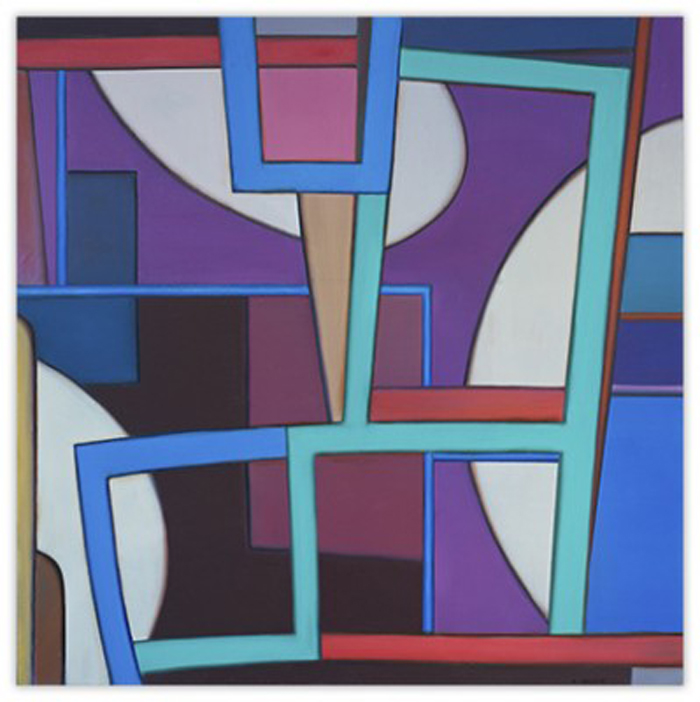 “I want my paintings to be metaphorical in the sense that although they depict nothing abstracted, they are ‘as-if’ alternatives to our experiences in the world.” 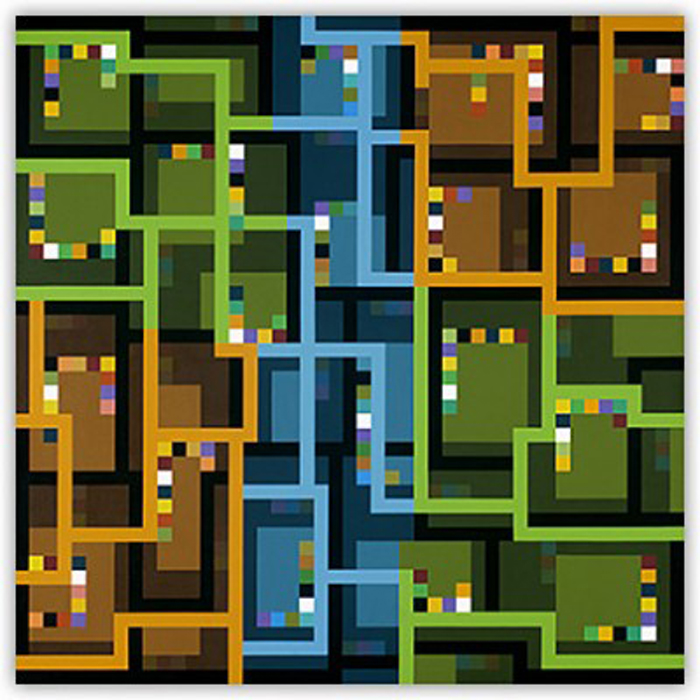 “In the paintings from my ongoing series Composition Series, I limit myself to a few geometric shapes – to squares and rectangles of flat, uninfected color. From the stability and symmetry of the grid, I develop compositions that are to some degree asymmetrical and dynamically balanced.” 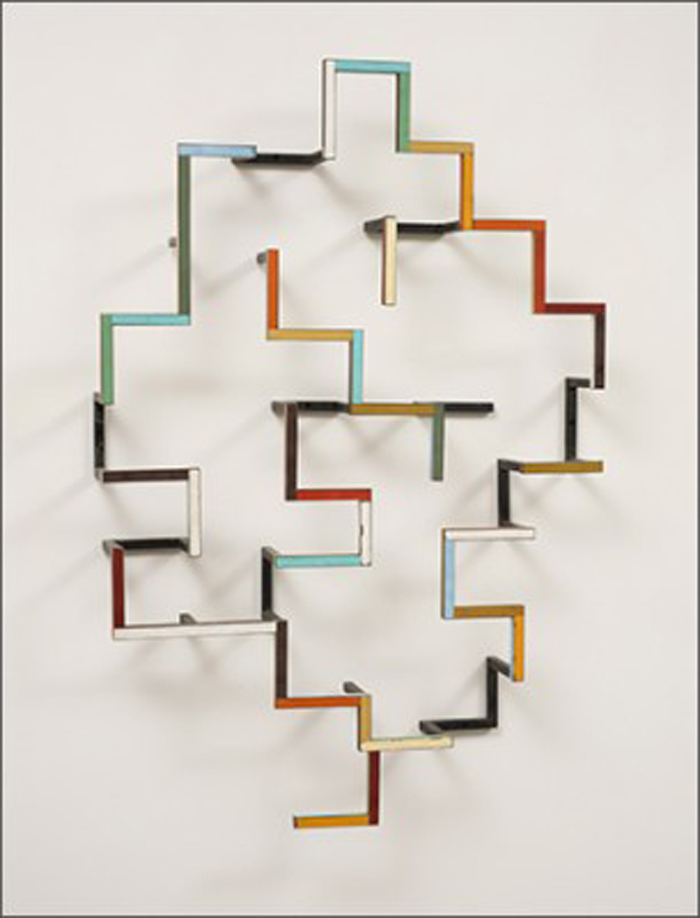 “I am constructing assemblages of deitrus in order to repurpose the materials and re-identify their meanings: to re-contextualize and re-label the idea of readymades.” 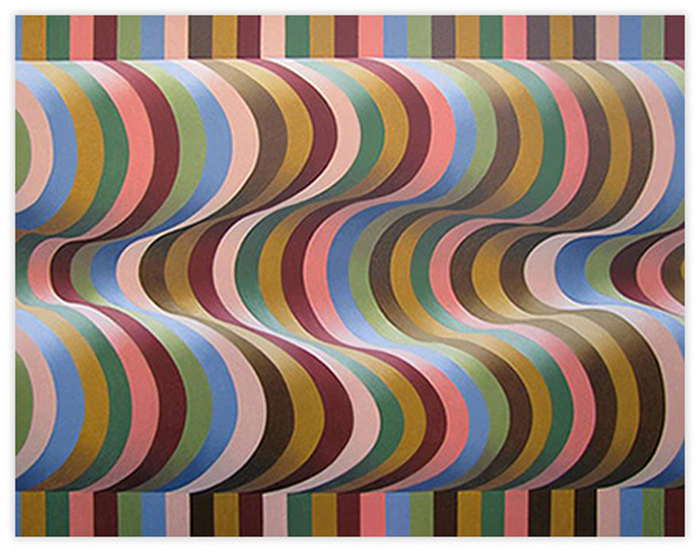 “My work is motivated by a challenge: to create the illusion of three-dimensional volumes on the flat surface of the canvas, using only brushes and ink.” 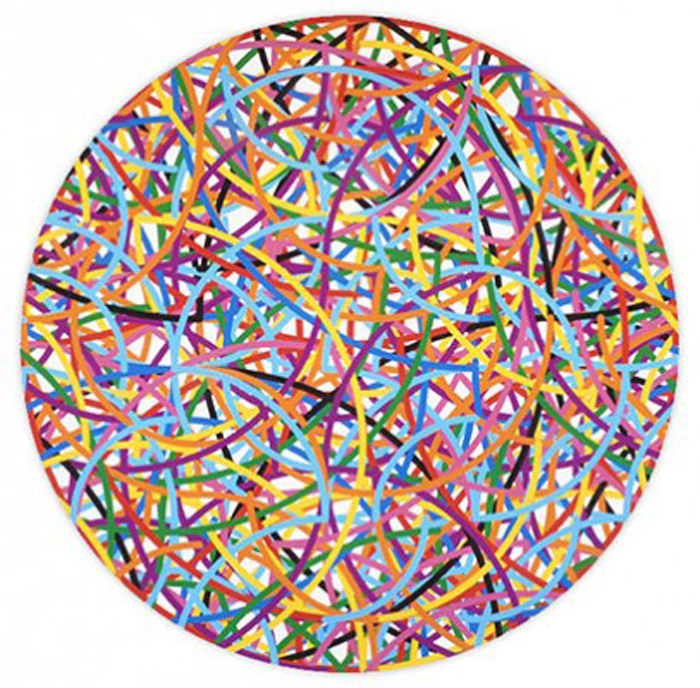 Per Formo, Ganymede 1, digital print on paper mounted on aluminum, 2012

“I want to make the act of looking into a conscious effort both to actually see what you’re looking at, and, at the same time, to observe the act of seeing: what you do when you see, how you are working at constructing visual meaning.” 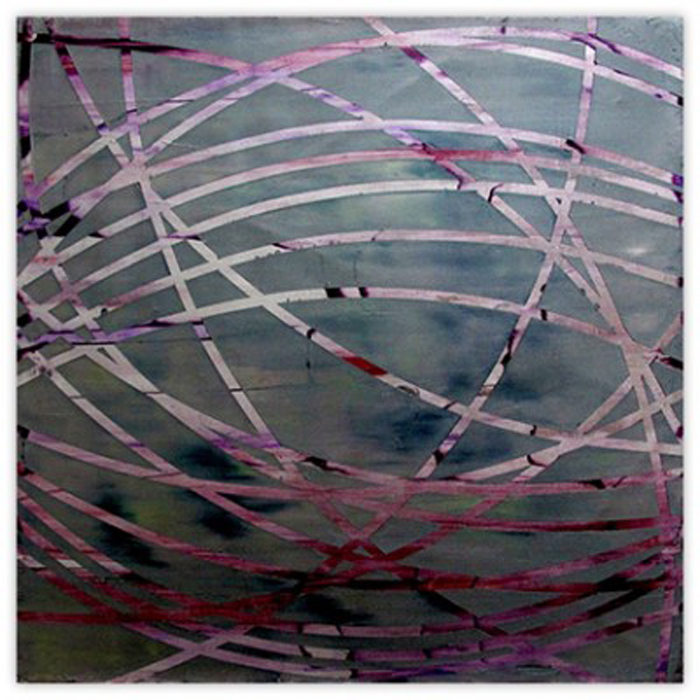 “Architecture and geometry have always been present in my work; even in the earlier works, the underlying matrix was the grid.” 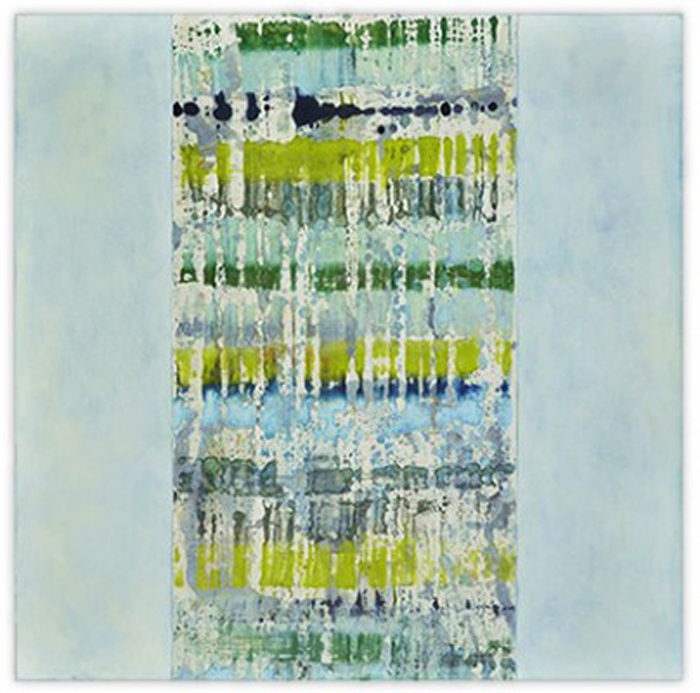 “I consistently have been drawn to forms that are sympathetic to structure, yet open to improvisation. Recent investigations into the mathematical expression of the proportional ratio found in nature, known as the Golden Section, have had an influence on my work”. 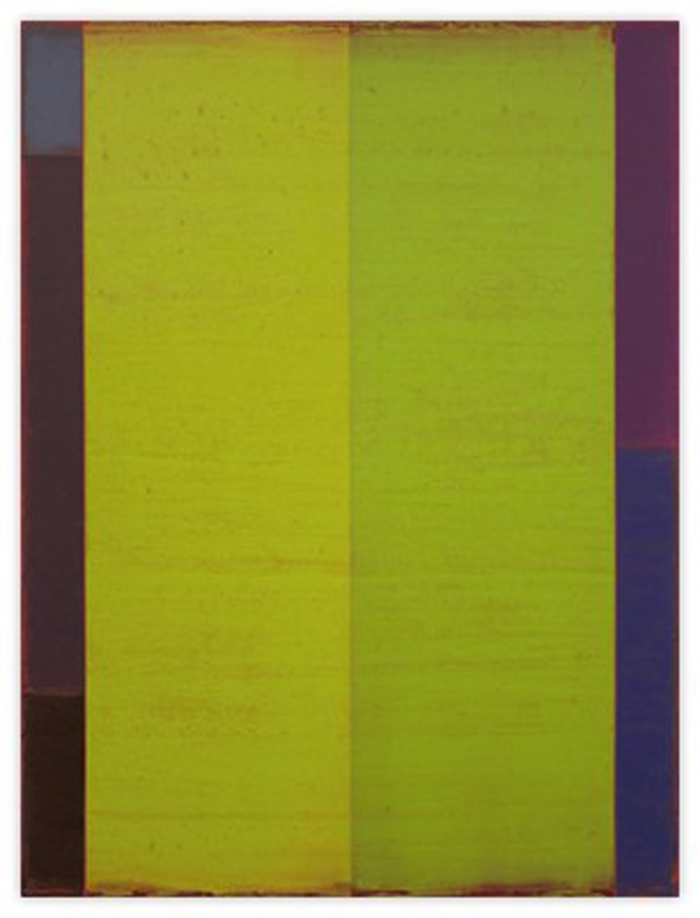 “I am interested in the interaction between the painting and the viewer’s imagination, and in the painting’s potential to generate unspecified mobile meaning. Color operates in the world as a kind of pure energy – dynamic, capricious, evocative.” 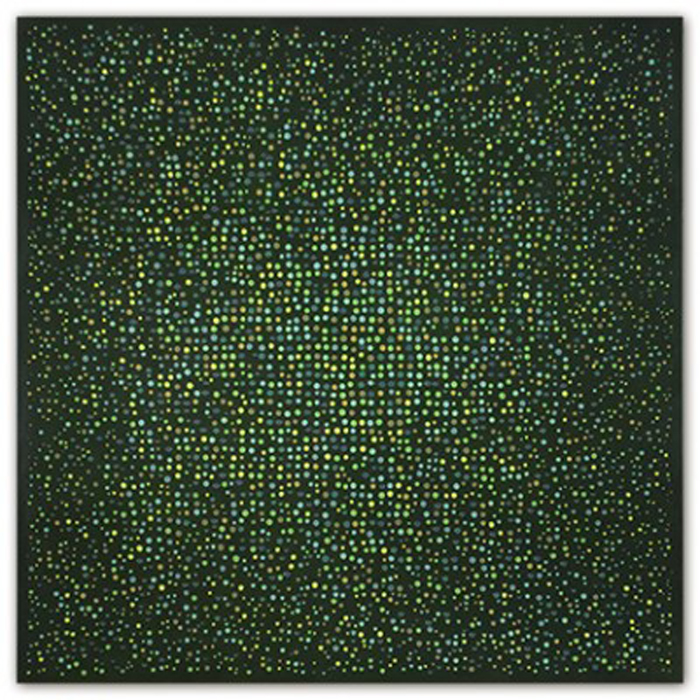 “For more than 30 years I have been researching the pictorial and poetic potentials of mathematical structures. It’s the more playful part of mathematics-mathematics for its own sake – that attracts me.” 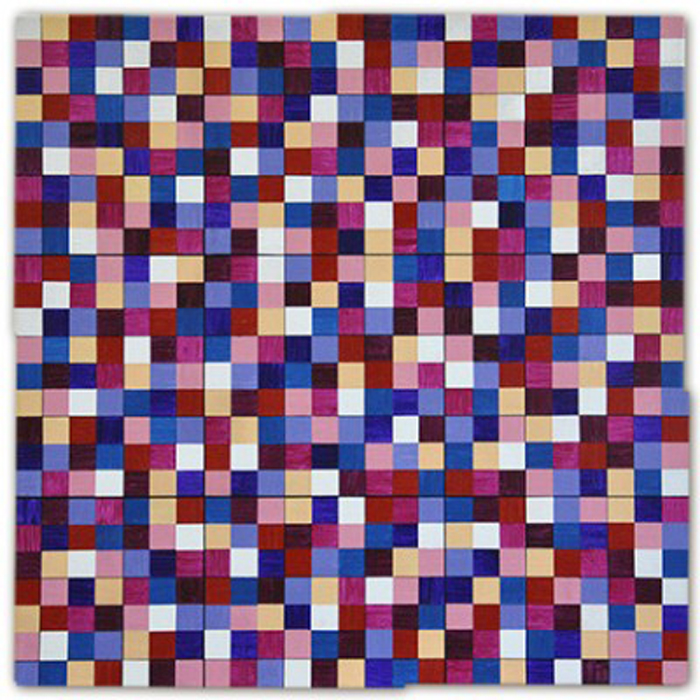 “My art has been influenced by modern scientific and mathematical approaches to understanding the complex order in nature.” 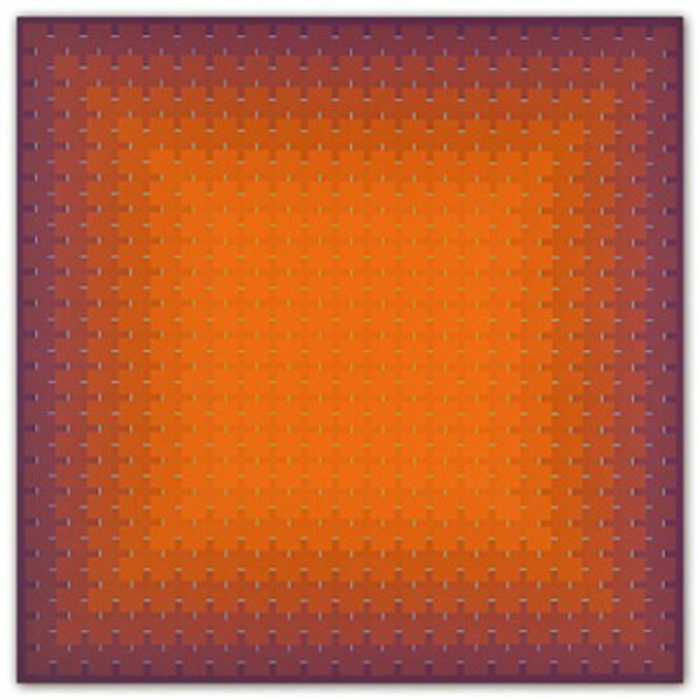 “My primary interest is color, the energy of the different wavelengths and their juxtapositions.” 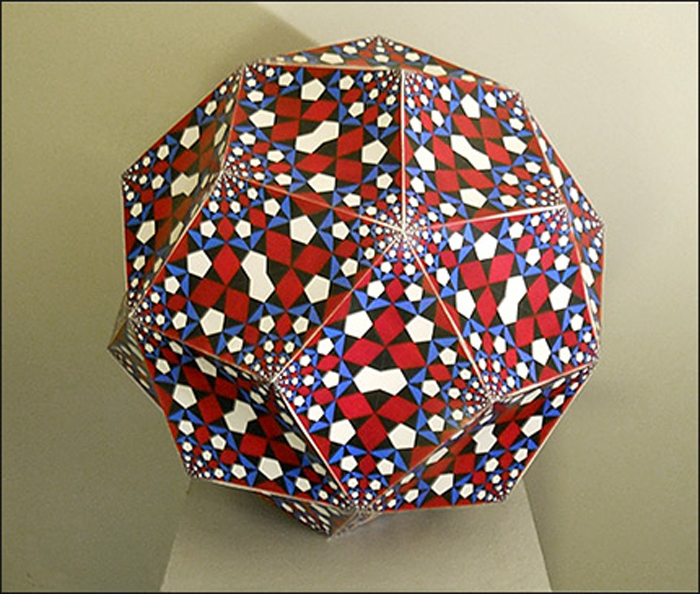 “I use various ideas culled from math and science to create paintings and sculptures. They are related in part to weaving technologies, which have been called the earliest higher mathematical discoveries of man.” 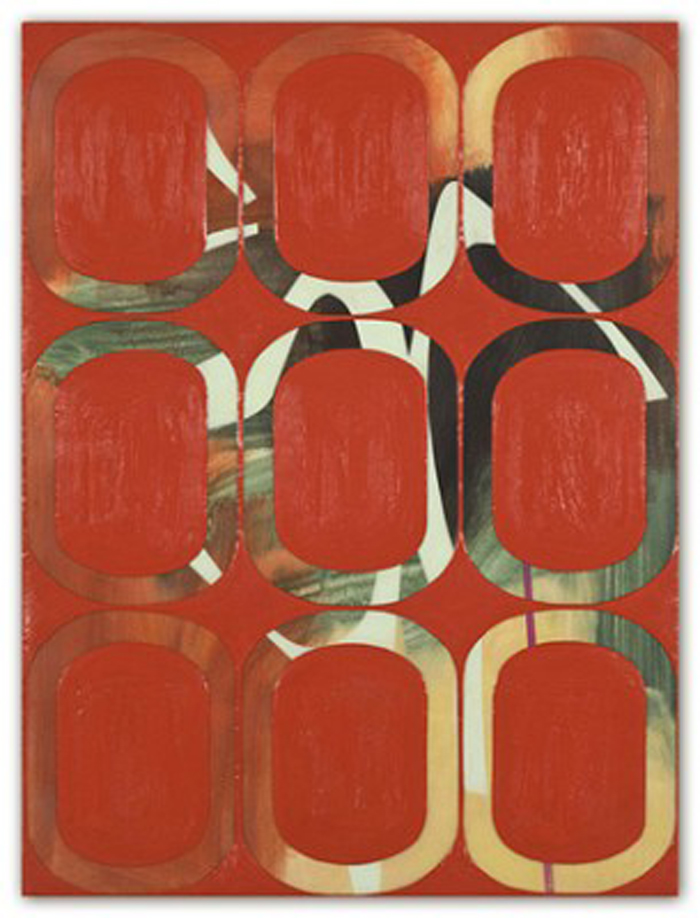 “My interests lie in the practice of formal repetition, variation and mutation within limited serial systems and networks. The paintings consist of many interrelated layers of repeating geometric forms-lines, arcs and grids-that I compose on the computer.” 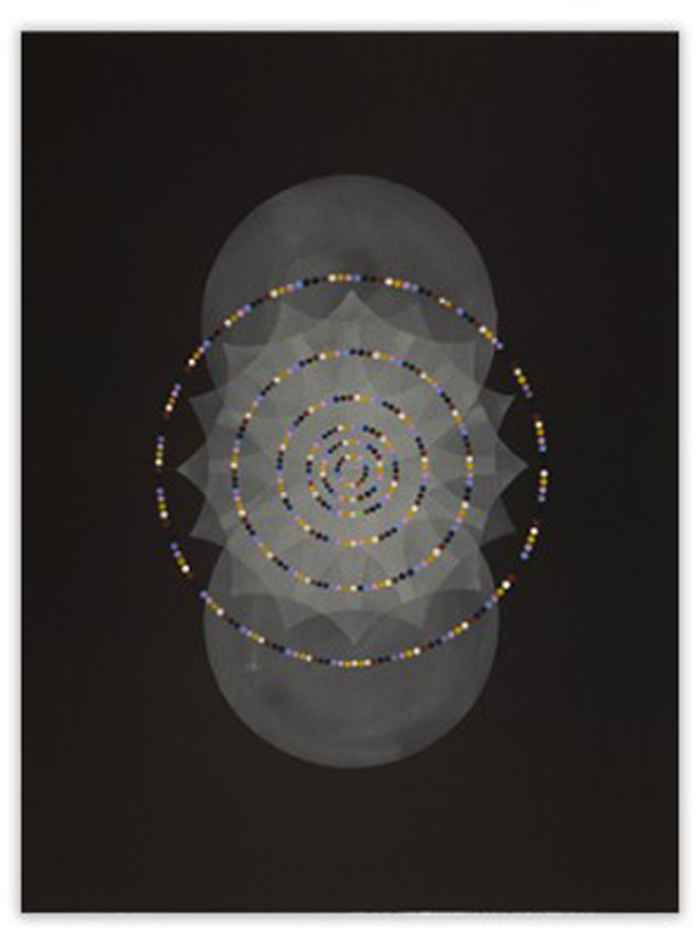 “I am interested in the power of traditional symbols and sacred geometry to communicate ideas that lie beyond the limitations of language and culture.” 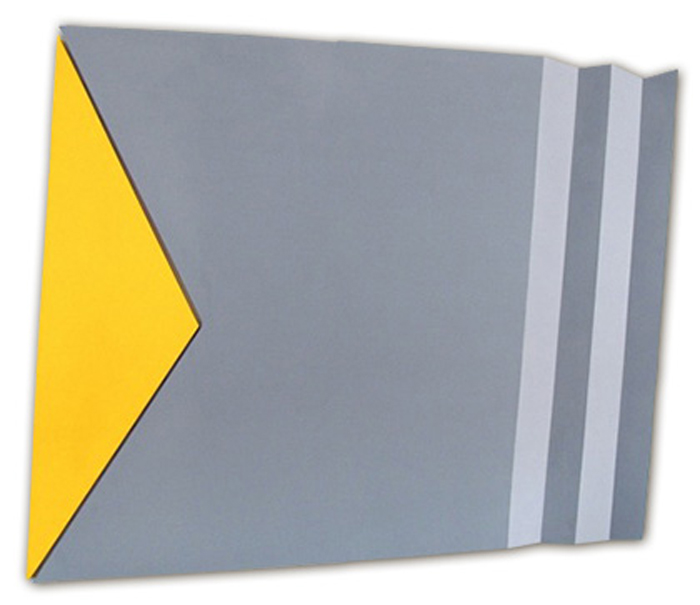 “What interests me about all is proportion-what I call intuitive proportion. Using irregularly shaped canvases, I examine space beyond the square or rectangle.” 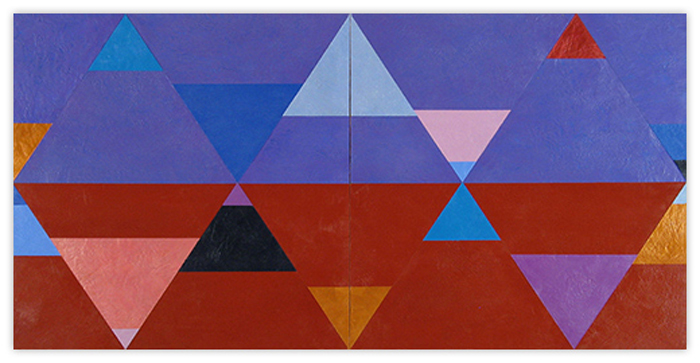 “My paintings are succulent in color and reductive or repetitive in composition. I usually refer to my esthetic as “lush minimalism.” 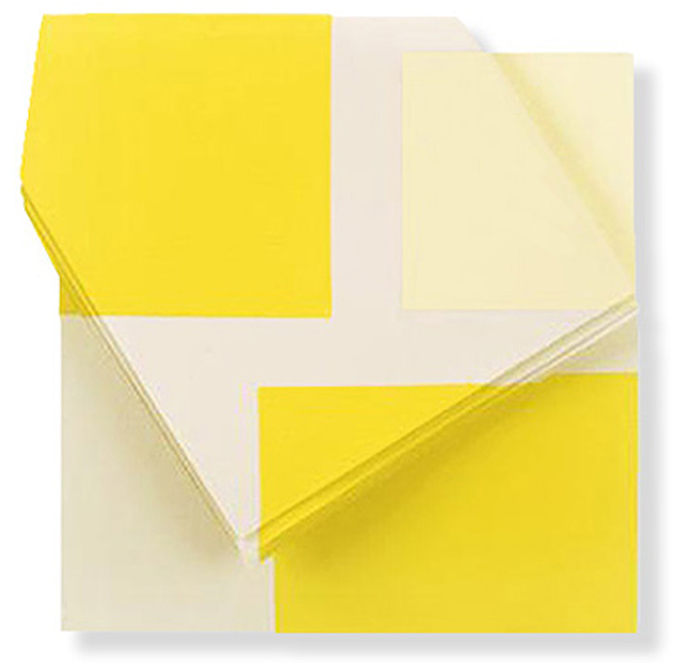 “Throughout my years of making art, all of my research with basic formal elements such as color, volume, space and light has had a strong relationship with the other arts such as poetry, film, music and graphics as well.”

All images are courtesy of www.geoform.net. I invite you to visit the website and explore further the wealth and variety of geometric art and fascinating artist interviews that Julie has curated.